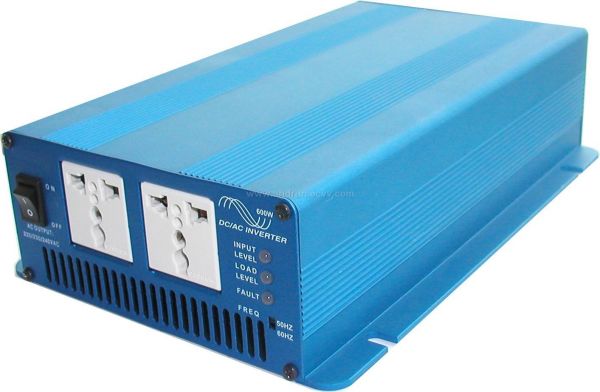 I installed just this morning an imported made in India 3.6kva 48vdc inverter for a client and realized that the charging current was just 11 amps as clearly stated on the inverter manual.

I have written severally about most of these inverters from China and India being manufactured using design assumptions that make sense in those countries but don't make sense in Nigeria.

Now, the typical battery capacity we use in Nigeria is a 12V 200Ah deep cycle battery.

How long will it take a 200Ah battery to fully charge from a discharged state using a battery charger that pushes out 11amps?

Now, who has 18hrs electricity out of 24hrs in a given day from PHCN to fully charge this battery and when will the inverter deliver power from this battery considering the reality on ground as per charging current and poor state of power supply?

Ever since I started building inverters locally sometime in 2004/2005 I have ensured that the charging algorithm delivers at least 20A when charging the battery or any battery bank for that matter.

Now, assume you need to double your backup time by doubling the number of batteries the issue becomes nearly hopeless because you may be requiring 36hrs to fully charge 2 nos 12V 200Ah deep cycle batteries that are connected in parallel since you will now have the same 12V system to contend with but a massive 400Ah!!

36hrs in a given 24hrs per day should be possible in the spiritual realm not in the field of engineering.

So, it is not really about how fine an inverter is or how marketers are able to convince you to part with your money. It is about getting an inverter backup system that is cost effective and saves you money in the long run.

Majority of the popular imported inverter brands out there are inverters the company executives have asked me to get into one form of collaboration or the other but I have always told them one thing based on the information clearly stated on their product catalogs - this your charging current will ultimately mess up an otherwise good inverter back up system because the battery bank may never receive full charge from the moment the system is set up even though the inverter section is always cool and ok.

Where do we go from here?

Repeating what I have written several articles on just to educate and enlighten potential inverter backup systems users in 2017 even though I wrote about these things as far back as over 7 years ago is worrisome?

If you know how many Nigerians that have been burnt trying to get and use inverter backup systems in their homes and offices you will cry.

Unfortunately for those with bad experiences they do not have a platform to tell their stories which are usually very different from the high expectations they had and unrealistic promises the service providers made to them before money changed hands.

Trust me when I tell you this - inverter backup systems work and they are almost always cost effective unless your power situation is really terrible and you want to power heavy loads like air conditioners, pressing irons and/or multiple refrigerators.

7 Questions before getting an inverter back up system

With focus on local manufacturing of inverters, research and development of other alternative sources of energy generation Just Alternative Power is actually on the threshold of expanding into a regio